Making Higher Education Part of the Humanitarian Response to Refugees

Organizations are learning how to best deliver advanced education to young Syrian refugees.

A recent international donation will make it possible for more than 220,000 Syrian students to enroll in the schools of neighboring countries.

Letting Syrian teachers into the classrooms of the host country and working with Syrian parents could improve the Syrian refugee children’s schooling, the author says.

Many of the 1.8 million Iraqi refugees who have fled their homes in 2014 are living in Kurdish schools but also searching for education. 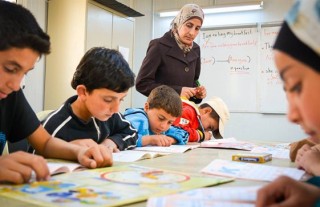 Some educators argue students can systematically blend community work with classroom experience to broaden the knowledge they get.