Academic freedom in the Arab world has been increasingly undermined and strained. Individually and collectively, the freedom to access, create and share knowledge to serve communities through research, documentation, discussion and creativity faces the challenges of censorship and heavy state interference.

Academic freedom doesn’t sit alone in societies but is part of the broader freedoms of expression exercised by artists, journalists, writers, and the public at large. Al-Fanar Media believes in the importance of researchers’ and academics’ personal autonomy and independence, as well as the significance of free speech and critical debate. We report on infringements of academic freedom in the Middle East and North Africa, the interference in the management of higher education institutions, the arrests of researchers, university staff and students. We also cover the efforts that governments and institutions are doing to preserve the right to academic freedom.

We hope through our articles to keep the discussion around academic freedom in the MENA region alive, to contribute to the reduction of censorship in higher education institutions and research.

Below are a series of articles and stories around the subject of academic freedom in the Arab world. 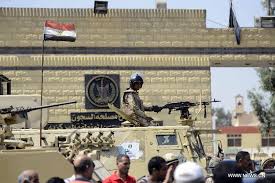 University students interviewed in the largest Syrian refugee camp in Jordan reveal the nonviolent roots of the uprising.