Bandits with 4-wheel drives and automatic weapons are overwhelming poorly guarded museums and archaeological sites and depriving Egyptians of the chance to fully understand their past.

New Institute to Offer One-Year Dose of the Liberal Arts 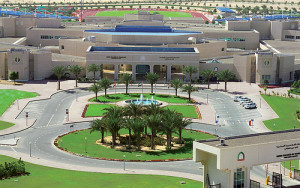 The sudden replacement of five campus directors at the Higher Colleges of Technology is leaving many administrators wondering about their future.

A Second Chance for Many Arab Students

The president of the United Arab Emirates has appointed new heads of the three federal universities in a second phase of a higher-education governance shakeup.

U.S. accreditation, a sought-after prize for some Arab universities, might get pulled when American values clash with those of countries where security concerns can override academic ones.

If Arab students can’t get jobs, they can create them. That is often the reasoning behind teaching entrepreneurship. How is it working out in Egypt?

Dwindling Academic Freedom in the Emirates

The Emirates aspire to be a cultural and academic hub. But critics say that shrinking rights of expression contradict that goal.