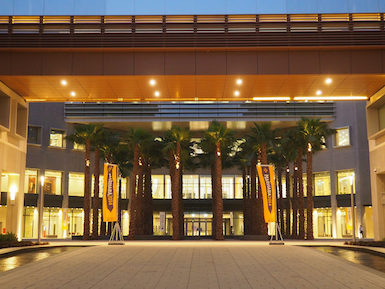 NEW YORK—Some scholars are calling into question the level of academic freedom granted to researchers at New York University’s campus in Abu Dhabi, after one of the university’s professors was not allowed to board a flight from J.F.K. airport to the emirate on Saturday night.

Andrew Ross, a professor of social and cultural analysis with an interest in labor issues, is normally based at N.Y.U.’s Manhattan campus but was headed to N.Y.U.’s palm-tree-lined grounds nestled on Saadiyat Island. Ross was traveling to continue his field research, interviewing migrant workers in the United Arab Emirates.

Ross has been a consistent critic of the N.Y.U. Abu Dhabi campus, worker rights there and labor conditions in the emirates. In May 2014, N.Y.U had to issue an apology to the workers who built its Abu Dhabi campus amid claims of widespread abuses and harsh working conditions.

It’s not uncommon for the Emirati government to refuse entry or deport people if they’ve offended the government—the country has very strict libel and slander laws, which have landed expats in jail.

Ross says it wasn’t a surprise when his passport was flagged when he tried to check in for his flight to Abu Dhabi. “Other human rights critics have been banned from the U.A.E. before,” he explains. “What makes me different is that my institution insists it has an academic-freedom agreement with the Emirati authorities.”

This latest incident highlights that N.Y.U. is afforded no real special status of freedom in the country, says Matt J. Duffy, who taught communication at Zayed University in Abu Dhabi before he was deported two years ago. He now teaches journalism at Berry College in Georgia and is a member of Columbia University’s Global Freedom of Expression & Information project. He still isn’t entirely sure why he was expelled from the UAE.

“N.Y.U. needs to quit pretending like there is academic freedom,” says Duffy, “They should just admit that certain topics can’t be discussed there.”

There’s a cultural element at play—Emiratis place a high value on respect. Regarding Ross’ previous comments, it comes as no surprise that he wasn’t allowed in, says Duffy. “There would be a perception in the government of why would he be welcome if he’s saying bad things about our country?”

In a statement emailed to Al-Fanar Media, N.Y.U. spokesperson John Beckman said the university has not experienced a single infringement on academic freedom in the five years since it has operated in Abu Dhabi. “It is the government that controls visa and immigration policy, and not the university,” added Beckman.

In another well-known incident, the London School of Economics cancelled a joint event to be held in Sharjah in 2013 after one of its research fellows, who had been critical of the monarchy in Bahrain, was blocked from entering the United Arab Emirates and sent back to London. The UAE government subsequently said the researcher’s criticisms jeopardized its relations with the other Gulf country.

Meanwhile, neither the president of N.Y.U. nor the vice chancellor of N.Y.U. Abu Dhabi have replied to any of Ross’ emails. “There hasn’t really been a response beyond a public affairs person’s quote,” said Ross, “We have to conclude that N.Y.U. can’t protect its faculty and students from these kinds of authoritarian measures, despite its instance that it has an agreement with the government.”

Ross says he is worried for his colleagues in Abu Dhabi. “It’s dangerous to lead your employees on to believe they’re protected. I’m concerned with the message this sends to them.”

This incident should act as a wake-up call to the university, says Ross. “If the administration had any guts, it would take seek firmer assurances from their Emirati partners that this won’t happen again,” he says, “And to demonstrate that it won’t be repeated, they should lift my travel ban.”