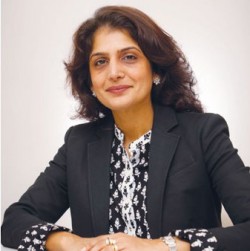 DOHA—A paper published last year in The Middle East Journal by a Qatar-based researcher, Zahra Babar, has been one of the few scholarly efforts to take a look at citizenship in the small Gulf country. In Qatar, nationals are a minority of the population and citizenship and migrant labor are highly sensitive topics.

The paper that was published, titled The Cost of Belonging: Citizenship Construction in the State of Qatar, contends that it is the financial privileges of holding Qatari citizenship that have led to restrictions on access to citizenship. In Qatar, 88 percent of the population are expatriates, according to data compiled by the online business news source bqdoha.com.

Babar is the associate director for research at the Center for International and Regional Studies at Georgetown University School of Foreign Service in Qatar and the author of the paper. She acknowledges that researchers face challenges when tackling culturally and politically sensitive topics in Qatar. Those challenges have implications for the conclusions of research, she said.

But doing the research is not impossible, said Babar, whose academic and professional interests were strongly influenced by her father, a Pakistani diplomat. After growing up in nine different countries where she saw how varying social, economic and political resources affected national development, Babar started her career in rural development and poverty alleviation in Pakistan, then moved on to work with organizations such as the U.N. Development Programme and the International Labor Organization.

She transitioned into academic research at Georgetown University in Qatar in 2004. There, at the university’s Education City campus, Al-Fanar Media sat down with Babar.

What challenges do researchers face when tackling culturally and politically sensitive issues through research in Qatar?

At the Center for International and Research Studies at Georgetown University in Qatar, we have never faced any issues regarding the sensitivity of our research. We were never told that we couldn’t work on certain areas. We have taken on some sensitive topics over the years, things that are considered quite political like sectarianism, migrant labor and a range of topics that normally you would assume the country’s government or the Qatari public would not want research on, but we’ve never had any issues. Our research is not guided by what is appropriate, but by topics we thought need original explanation and understanding.

However, the challenge that we face when we do work that is considered sensitive is mainly data access.

Have you personally faced data access challenges during your research work?

I worked on research about migrant labor population in Qatar. In most countries researchers have access to a lot of data on migrant populations and can get detailed information on their nationality, gender and other characteristics. These data are publically available because they are not considered sensitive in other types of migration states.

However, in Qatar and the Gulf region in general, this type of data is considered socially sensitive. I think this is primarily because of the fact that there are so many more immigrants than citizens in the country.

This doesn’t mean that data is always unavailable. But sometimes it’s considered politically sensitive, so researchers can’t access it.

Were there any occasions where you obtained data but had doubts about its reliability?

Yes of course. There is an issue sometimes with accuracy of data and the way it’s collected. Sometimes you have contrary data or figures that are not matching up. This is a constant struggle and it’s something that researchers have to figure out and find ways to work around.

When I was looking a year ago at the Arab migrant population in Qatar and I wanted to find historical data about the number of Egyptians or Palestinians who stayed in Qatar 20 years ago compared to now, for example, it was impossible to get this data. The only data I found was through the Arab Labor Organization, which had a figure that said that in 2007, 40 percent of the foreign population was Arab, and I know that’s not true.

I thought that this figure was inflated, because data for other GCC states at that time indicated much lower levels of Arab migrants – closer to 20 percent. It seemed unlikely that Qatar would have such a high number of Arab migrants here, when across the region we have seen a strong shift towards Asian migrants. After several attempts, I was able to access data from the Ministry of Labor in Qatar. The Ministry definitely collects such data, but they don’t publicly share it. Later on, I tried to get more data on the same topic and I couldn’t get it from them.

On another paper about citizenship in the country, I wanted to know how many expats actually get Qatari citizenship every year. There was no way I could find that out. I couldn’t even get specific information on the citizenship application process.

How would such challenges affect research outcomes?

When researchers work on the six GCC states, the result is often very descriptive, rather than analytical. This is probably because you can’t get numbers and quantitative data that backs up what you want to say, so often research turns more anecdotal than data based.

On the positive side, obstacles to doing the “easier” or more obvious research might lead researchers to work on something far more interesting. I know many researchers who have had this experience, including myself.

A couple of years ago I was asked to work on a report looking at ‘statelessness’ in the Middle East. I started off trying to examine the issue of stateless people in Qatar, but found that there was little data on the subject and trying to access information on the topic was almost impossible. As a result, I began looking into citizenship in Qatar more broadly, and became very interested in how citizenship laws and rights in the country had developed. I ended up writing a paper on the topic of Qatari citizenship, which had not been my original intention but which I am now so happy that did.

How do you handle research that requires interviewing people on a topic that is considered socially sensitive?

At Georgetown we have to obtain clearance from the internal review board whenever we engage in human subjects research, especially if we will ask personal questions about people’s opinions, experiences or feelings. I cannot go randomly asking people questions that are particularly sensitive, unless it has gone through this review board.

This clearance process is important because when you do research you want to acquire new knowledge without exposing people to any kind of potential risk. In the Gulf, what’s considered sensitive or risky could be different. We have a project here called “the Gulf family.” [The purpose of this project is to better understand the challenges facing the Gulf family.]

In the context of this region, this is a sensitive topic because the society is more conservative and the values are different. There is privacy over family and women’s role. Topics like divorce are considered sensitive. If we were to do research on the American family for instance, we wouldn’t have the same issues.

A way we have found useful when researching such topics is cooperating with local organizations. We do this because even if we are addressing something sensitive, we still want our research to be welcomed and to be something that our Qatari partners also want us to do research on. In the Gulf family study, we collaborated with the Doha International Family Institute. Another example is our research work on migration. We have done three projects around this topic and we have always gone through local organizations like the Ministry of Labor, the National Human Rights Committee and Qatar Foundation for Combating Human Trafficking. In addition to helping us study sensitive topics, involving local institutions create a sense of ownership.

Rather than refusing to go into areas that are considered potentially problematic, we do so in a credible way that tells people we are not just trying to draw negative attention to things, but we are doing this research for a legitimate academic purpose.

A substantial number of researchers in Qatar are non-Qatari. How does that affect research?

All over the world you have external researchers who want to come and study something in a country and bring with them whatever personal bias they have, even if they are not aware of them. I don’t think Qatar is an exception to that.

Having said that, it’s true this happens more in Qatar than elsewhere because there are people from all over the world.

The Gulf region didn’t interest researchers for some time. This has changed over the past 15 years. Qatar in particular has drawn a lot of international attention recently and there is a tendency for research about it to be a bit superficial at times. Sometimes, people write articles on Qatar that I think lack complete understanding of the place. But on the other hand, I think that efforts to support research that looks at Qatar’s issues from organizations like us and other academic campuses here like Qatar University and Qatar Foundation will change this.

I have been in Qatar for a decade now and I increasingly find myself frustrated by people who have come from abroad for a couple of weeks to do some research, especially on topics related to migration which has seen a rise in interest lately. They have no interest in trying to understand how complicated this issue might be from the Qatari perspective.

How do you see the way forward for research in the country?

I would hope for more indigenous, Gulf-based research and scholarship. Hopefully that kind of research culture would take root here. A foreign researcher can be more reluctant to address sensitive topics, while national researchers can challenge local stereotypes more confidently.