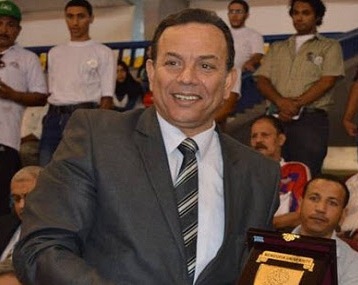 Moawad Mohammed Al Kholi was selected to be the president of Menoufia University in September. He now sits at the helm of an institution with more than 120,000 students, around 6,000 faculty members and hundreds more in administrative staff.  After having spent four years as the head of the physics department followed by one year as the vice president for student affairs, he knew what he was getting into.

Taking control of one of the country’s organizational behemoths, he spoke of rectifying administrative inefficiencies and promoting patriotic goals.

Al Kholi is one of many recently appointed presidents. President Abdelfattah El-Sisi made the first of these new appointments by decree in six out of the 28 government-run higher education institutes in Egypt. Each new president will serve a four-year, potentially renewable term. Due to the controversial new law that gave Sisi the power to appoint university presidents, the Ministry of Higher Education waited for El-Sisi to ratify some of the names in late September, as they would be officially assuming office from the beginning of the 2014/2015 academic year. The universities of Mansoura, Zagazig, Damietta, Menoufia, Fayoum and Suez Canal have all received new presidents while Port Said University still has an acting president in charge.  El-Sisi chose the presidents after their universities first ran elections to narrow down the pool to three choices. In Zagazig University, the new president Ashraf Mohammed Abd al-Hamid al-Shehhi won after running unopposed.  Al Kholi spoke by telephone with Al-Fanar Media about his plans for the university and how he expects to govern during a time of constantly shifting political spheres.

Did Menoufia University increase its security?

There is a lot of exaggeration. Menoufia University had a relatively calm year last year. We never had to call in police to the university. The academic year started without any issues and we do not foresee any problems. We are not overly concerned with the security scarecrow but if we increased the presence of security cameras, it’s only to pinpoint any troublemakers in case a situation arises. If a student breaks the law, we would deal with him only within the confines of the law.

Will student political activities be allowed on campus?

I just request that people leave their party politics at the door. Otherwise, I encourage all of kinds of discussion, be it on the constitution or the legal system or anything else.

Did the Ministry of Higher Education give any directives to the new university presidents?

People talk about the security situation and potential issues with student politics, but every university president has to deal with his university from within his own perspective through his experience of its problems and possible solutions. The Menoufeia governorate, for example, has one of the highest rates of Hepatitis C. (Known in Egypt as “Virus C.”) To combat that we host the National Institute of Liver, one of the most respected in the region. We see it as a national goal to help ease this situation from the perspective of a governorate that is especially suffering from it. Every other regional university will do the same.

What are your most pressing priorities?

We are trying to put the university back on track with its “message.” Over the past few years some problems have occurred that took the university off track from its true message. Any university would like to provide high-quality teaching and research that benefits its specific society and serves its community while being in tune with the community’s needs and problems.

The second priority: After the separation of Sadat City University from Menoufia University, we seek to complete and modernize all of the colleges and institutions of the university, to compensate for the ones we lost due to the separation.

Thirdly, we would like to reinvigorate dialogue with students to set a good example for them. One of our institutional policies is to be an enlightening (tarbaweyya) institution. The problems that happened in the country recently affected the students where some of them veered to extreme.

And how will you be improving the student life?

I was very impressed with a program at Helwan University (run by the ministry) to give leadership training, unfortunately the number of students that could go from each university is limited to around 15…  In Menoufeia University we had the ability to start something similar. I founded a Center for Leadership Training. I have been inviting (since my time as vice president of the university) major intellectual, political and scientific figures to give lectures, while inviting delegations from other universities to join as well. This also allows our students to network with students from other universities.

This will work in parallel with the Politics Club. The standout participants in the Leadership Training will participate in this to further their ambitions to join local councils, parliament and politics…where a major political figure will discuss important issues (national topics) with the participating students. We are encouraging dialogue and activities as much as possible.

Is there a need to develop teaching and do you have plans to do so?

That is a national directive. The National Authority for Quality Assurance and Accreditation of Education was established by a presidential degree as Law 82 in 2006. Since then all universities introduced departments that would monitor the quality of teaching. Universities started to enhance their quality and applying for accreditation, which included the quality of the teaching staff and the curricula. Our Faculty of Medicine has already received it, while other faculties are waiting for the results.

There are always reports of administrative inefficiencies at Egyptian universities, were you shocked by anything when you first took office?

Some things shocked me. I have enough staff in the university administration for 10 universities. While the university has the capacity to provide much higher quality education with a better allocation of personnel and services, the problem is also receiving more students than what the university could absorb. We now have 6,000 core faculty members; this is a really high number that could allow us to open new faculties. This staffing is a load on our budget, if used well it would help push us forward. I may assign one of the ranking administrators to completely restructure the administrative system of the university in order to fix that. This also would include retraining and reassigning administrators to other locations.

You have ample experience in scientific research. What are the major barriers to research at Egyptian universities and how do you plan to tackle them in Menoufeia?

Only 0.2 percent of GDP was allocated to research from the national budget. It was a meagre figure, 90 percent of which went to payrolls. The new constitution is increasing spending on education five fold (to 1 percent). Hopefully research will gain from this. We would like to encourage the private sector to patronize scientific research and for the government to give them perks [for such donations] to encourage them.

Secondly, in the coming period we need to prioritize certain lively topics, such as Hepatitis C research, energy issues etc and we could direct most of the (public) budget of scientific research in universities and research institutes for the benefit of these issues, to directly serve national causes.

Do you have the budget to support your aims for scientific research?

It is not enough. We are hoping we can make some projects to be European Union projects to help fund research.

What makes so-called regional universities such as yours different from others, such as Cairo University, Ain Shams, Al-Azhar, or Alexandria?

Regional universities were first established to help develop the regions in which they were founded. They were not meant to offer the same kind of standardized education that you receive in Cairo University, Ain Shams and others. That is why the faculties and the curricula were supposed to include specialized education in each to support its region. For example, we have a faculty of science that is considered standardized, which is good. Alexandria University has a marine engineering department, Menoufia University has a department of agricultural environment and coastal universities have departments of fisheries and marine sciences.

How do you plan to interact with the international academic community?

If we are able to produce the kind of research that is published internationally and in journals with high-impact factors and are heard internationally, we will find more funding from these institutions. Moreover we send researchers out yearly. We would like that those who get their Ph.D.’s internationally and then travel again in a personal capacity to pursue post-doctoral studies, we would like to send them back out in an institutional capacity… We hope to bring in visiting scholars to stay for 15 days or so. They could transfer some of their academic knowledge or experiences from their countries, which would help our students to better equip themselves before travelling.