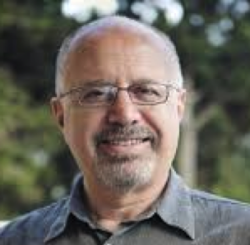 ST. LOUIS–The Arab awakening is not part of a historical cycle that will wane, but is here to stay, says a scholar and a longtime student of the region.

“The core of what we are witnessing is the empowerment of the individual on a scale never seen before,” said Shibley Telhami, the Anwar Sadat Professor for Peace and Development at the University of Maryland, College Park. He has just summed up a decade’s worth of polling data in The World Through Arab Eyes: Arab Public Opinion and the Reshaping of the Middle East. He spoke this month at the annual meeting of Nafsa: Association of International Educators, where about 8,300 attendees gathered from 120 countries.

Telhami’s collection of hard data about Arab perspectives when all that many other observers have is speculation about “the Arab street” has made him a someone whom policymakers turn to at critical times, such as after the 9/11 terrorist attacks and in the wake of the Arab uprisings.

In 1990, when Telhami began his research, many people believed that Arabs’ opinions were not important. After all, most Arabs lived in countries with autocratic governments, where elections, if they existed, were farces. Many social scientists believed that Arab governments either ignored public opinion or reshaped it.

But Telhami said that he saw something different. “Arab leaders were behaving as if public opinion did matter to them,” he said. The leaders sought legitimacy and hoped that public approval would help them win both national and international acceptance.

As he started his research, the Cold War was ending, and many Arabs feared that the United States would become dominant, without the Soviet Union to keep its support of Israel in check. A consistent question Telhami has asked poll participants is which world leader they admired, other than the leader of their own country.

Often the most admired leader was someone who stood up to the United States. In 2004 and 2005, Jacques Chirac of France was admired for having stopped George Bush from getting United Nations sanction for the Iraq war, and for letting an ailing Arafat into France when Israel, with the support of the United States, sought to confine him to his compound.

Support for world leaders willing to stand up to Israel and help Palestine has been a consistent theme: Hassan Nasrallah won the most admiration from poll participants in 2006, when he was widely perceived as having given Israel a black eye when it attacked Lebanon. In 2010, Hugo Chavez of Venezuela led for his sharp anti-Israeli and pro-Palestinian views and actions.

Telhami sees the Arab uprisings as being about much more than discontent with economic conditions and autocratic rulers. He also believes the Arab public’s views on foreign policy have played an important role. In particular, he sees a strong Arab thirst for dignity on the global scene, and discontent with leaders who have curried favor with the West, particularly the United States, to get money or weapons. During the uprisings, he saw the drive for dignity expressed in the chants of Cairo protesters: “Hold your head up high, you’re Egyptian.”

As Telhami looks to the future, he writes in his book that “no government in the Arab world is immune to revolt, including the oil-rich countries.”

While he shies away from making political predictions much more specific than that, his work displays how scholarship can inform public-policy debate.